Marion (マリオン) is a witch from England who flies on a broomstick. She is accompanied by her magic talking bunny, Pomme-Pomme (ポムポム Pomu Pomu), and frequently abuses the poor creature verbally and physically. Marion is fun-loving and thrill-seeking but also selfish, and has a mean streak (which Pomme-Pomme is often witness to). She is also a possible mascot from the Gunbird franchise.

Marion is one of the playable characters. She is a 9-year-old witch attending the Wonder School, and she takes a trial to become a magician.

Marion is one of the playable characters. Her wish is to be the most powerful magician in the world.

Marion is one of the playable characters. She would have aged to 17 by the time, but her wish from the end of Gunbird has reversed her aging process; she appears as a 9-year-old girl for the duration of the game. She wants a potion that can make her grow up to her normal age, which she achieves in some of her endings.

In some of her endings Marion grows up to her normal age. When teamed up with Tavia, Ash appears and wishes for a potion to make Marion permanently stay as a 9-year-old girl, and she refuses to drink it; however, when paired with Hei Cob, Marion drinks a potion that makes her fat (exactly the type of girl Hei Cob likes).

Marion is a playable character in the Sega Saturn version of the game.

Marion Sorn is the first opponent from the Psikyo course, and Pomme-Pomme is the sixth opponent. 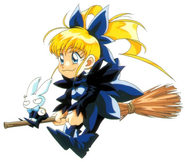 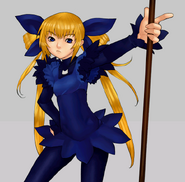 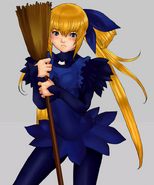 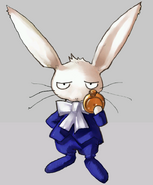 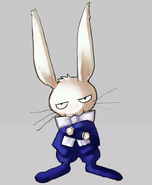 Taisen Net Gimmick: Capcom & Psikyo All Stars
Add a photo to this gallery
Retrieved from "https://psikyo.fandom.com/wiki/Marion?oldid=463"
Community content is available under CC-BY-SA unless otherwise noted.